Yesterday was Star Wars Day. You know, “May the fourth be with you”? I like good science fiction. In fact, I like not-so-good science fiction, which is evident because I’ve been watching the Andromeda series on the Roku. What I like in particular, just about every show, Capt Dillon Hunt says, “It is never easy”, and I have to smile because it is usually after a particularly rough day at work.

Does Hollywood have to ruin everything it touches?

Of course, when I say “Hollywood”, I’m not just talking about the film industry but generically applying the term to the entire entertainment industry. I quit watching awards shows because it has become much too much about showing lots of skin and making political speeches. Even football is not untainted these days.

Contrast this with how things used to be.

Swiss Family Robinson was a story about a family who was shipwrecked on a tropical desert island. It was written by Johann David Wyss, and published in 1812. The intent was to be a story that taught values, husbandry, the uses of the natural world and self-reliance to children through story telling, something that many children’s story authors used around this time period. The English title was actually a mistranslation, which is evident in the fact that Robinson is not a Swiss name. Rather, it was written in the genre of Robinson Crusoe, a popular style of the time. Many variations of the story have been produced in various art forms since.

In 1965, a television pilot No Place to Hide was produced by Irwin Allen about a family who was unofficially referred to as Space Family Robinson. The nuclear family was headed by a strong masculine father and a loving but no-nonsense mother. The pilot did not air until several years later, but it was successful enough that the television show was given a go-ahead, and two additions were made: 1. a foil in the guise of an evil saboteur and, 2. an environmental robot. With these changes, Lost In Space was born.

Jump forward to the present day. Netflix has produced a reboot of the series. If you did not like the 1998 movie, you definitely won’t like this one either. The things it has in common with the original series is that it has the same main characters. Actually, it would be more accurate to say that the characters have the same names. They crash-land in space on an unknown planet. That is where the similarities end. Seriously.

Otherwise, it is completely different. I really believe that the writers must have sat down and decided to purposely make everything the opposite of the original. The robot is an alien machine found by Will Robinson, Judy is the only black in an otherwise white family, Dr Smith is a woman who stole the real Dr Smith’s identity, and Debbie is not an alien primate befriended by Penny but a terrestrial chicken found by Don West.

The best of the best, the cream of the crop, the chosen ones to start a new way of life, is actually a family whose parents were on the verge of divorce, everyone keeps secrets from each other, the mother falsified one of Will’s test results, and the parents continually argue over who is in charge. One reviewer wrote that it was a family where everyone hated one another. That is not exactly true, but the first episode can easily leave that impression.

Ironically, even though Dr Smith is a woman, she comes closer to the character that Irwin Allen envisioned of a truly evil psychopath than the one originally portrayed by Jonathan Harris as a bumbling selfish stooge. Still, the contrast between Harris’ character and the original Robinsons was obvious. The contrast between Parker Posie’s Dr Smith and this “updated” Robinson family is not so much. When the original Dr Smith said “I’m just like you”, it was laughable. When the female Dr Smith says “I’m just like you” to Maureen Robinson, there is an element of truth to it.

There are many ironies in this whole deal, but one of the biggest is that throughout it all is that they claim that Robinsons always stick together and family is important. They want you to believe this even though it is obvious that they haven’t a clue what a family is. 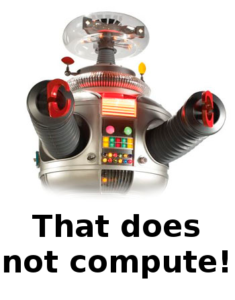 This bothered me quite a bit. A lot, in fact. I finally came to realize that what held them together was not shared family values but a supposed value of family. IOW, they are overtly claiming that family itself is a value, and that is where the problem lies.

The more I researched it, the more I became convinced that it’s just plain wrong. Wealth is not a value. However, wealth can be a measure of one’s drive for success. Power is not a value. However, power can be the means by which justice is carried out. Family is not a value, either, but family is means by which love, kindness, affection and other values can be expressed. Of course, desiring wealth, power and family for some simply displays their selfishness, which is a negative value.

The more physical the thing is, the less likely it is to be a value rather than something to be valued. The importance of ethics, morals and rules of conduct should not be confused with how much worth we place on physical things, including physical relationships.

Ron Kelly wrote a Life, Hope & Truth article titled “Christian Values“. In it, he outlines a few biblical values. He points out that the Bible does not give a list of biblical values, but values are spread out throughout the Bible. In my own words, paraphrasing just a bit of his article, things like obedience to God, faith and trust in God, humility, doing good works, repentance and commitment are all values we should hold.

Notice how these can easily be turned into action. These are not physical things we acquire, but rather they are things we can turn into action.

It finally hit home to me then what Jesus really was talking about in Mt 6:19-21. This is an often quoted phrase, and yet it has become quite evident to me just how much the world disregards these words. They do not understand, and instead they fill their lives with things and destructive acts.

Materialism is often spoken of in negative terms, but then the actions of many of the elite of this world flaunt it.

19 Lay not up for yourselves treasures upon earth, where moth and rust doth corrupt, and where thieves break through and steal:

20 But lay up for yourselves treasures in heaven, where neither moth nor rust doth corrupt, and where thieves do not break through nor steal:

21 For where your treasure is, there will your heart be also.

Treasures in heaven obviously are not physical things. Your heart is the seat of emotion, and that is where your true values reside.

It is obvious that the morals of this world have made some to become Lost in Hollywood. The new Lost in Space certainly shows the attitudes of carnal minds which glorify things that are base and shameful. It focuses upon the here and now and outward appearances rather than things like morality and ethics.

It is quite a contrast with the old series, which was built upon the premise that values were something intrinsic and should be taught to the succeeding generation. Truly, our culture has strayed so far even from the faulty understanding they once had and has itself become abased and shameful. Jesus, however, pointed us to where our hearts, our emotions and intrinsic values, should lie.

What Mr Kelly said about there not being a single central list of values is true, but God has given us a clear code of conduct within the pages of the Bible. The Ten Commandments contain a list of core behaviors from which we can extrapolate values.

While I won’t ask you to turn to Exodus 20, feel free to go over it some time and think of what values are being expressed. Each “thou shalt not” can also be expressed as a “thou shalt” statement and reflect what values we should have. Each negative statement can be spoken of in the inverse to lead us to the mindset we should be having:

I. We shall put God first and reject all others, meaning we are loyal to God and not to any other.

II. We will not try to shape God into what we want Him to be, nor shall we misrepresent Who and What He is.

III. We shall speak of God in reverent ways, which shows respect.

IV. We shall respect the time He has set aside for us, for it gives us time to express the value of love towards God and towards our brethren.

V. Honor is already a value word, and honor towards parents and our Heavenly Father is priority.

VII. Fidelity is a value.

VIII & IX. Honesty is a value. Truthfulness and love of the truth are written about throughout the Bible.

X. Not only should we have a lack of selfishness, but we should display the value of generosity.

These are the things that should spur us to action. These are truly Christian values.