Laws to enforce respect? Can you have #LoveWithoutRespect or #RespectWithoutLove? 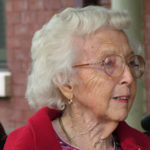 Do we respect the elderly?
Photo courtesy of freeimages.com

Something I never realized is that cases of “elder abuse” are on the rise. Yesterday, the local Journal News reported that “Elder protection bill unanimously passes Ohio House“. Seriously? Do we need a law to protect seniors? Whatever happened to the old maxim of “respect your elders”?

A few years ago, there was a big deal made out of a study that showed that, given a choice, men would prefer respect over love.  However, women preferred love over respect.  Endless sermons and books were written on this revelation, and as usual it was quite blown out of proportion.

The key is that they were given a false dichotomy of choices.  It was the choice of one over the other.  However, the truth is that men need both, and women need both, but their levels of need will likely vary between the sexes.  If you think about it long enough, the reason should become clear: You cannot have one without some measure of the other.

Surely it isn’t just obvious to me.  You cannot love someone if you have absolutely zero respect for them.  Think about it.  If they have no more value than the rock that is blocking the road in your mind, then how can you possibly love them?  Even if the respect merely comes from the fact that they are a living, breathing creature, then that is at least some basis for love, however small it may be.

Likewise, can you truly respect someone you do not love?  “Aha, John D!” you may declare.  “I can and do respect my enemies!”  Really?  Are you sure?

Think about what this would have meant in a first century context.  Jesus said to literally love your enemies.  You have to respect your enemies.  After His death, no greater physical enemy arose than the government of Rome.  Paul wrote more than once to respect the leaders put over you.  How much could that have hurt?

Jesus respected the Father, and He did the Father’s will.  His love for the Father was great enough to lay down His life on our behalf, thus allowing us to be the beneficiaries of that great love.

Jesus said othes would know we were His disciples by the love we show towards one another (Jn 13:35).  I have tried to live up to this ideal in my own limited way, but perhaps I could have done more with the resources I had been given through the years.

Yet, I have been the undeserving beneficiary of great generosity that can only be described as godly love.  Not just once, but at least three different times.  Some gifts take not just money but time and effort, and those ultimately mean the most because you know they were deliberate acts of love.

Jesus paid the ultimate price for us, but that can at times seem far removed in time and place.  We are such mortal creatures ruled by time that it is difficult to not live in the here and now.  When God moves someone to do random acts of love, it serves as a reminder that God cares for you and I right now and not just “back then” or “in the future”.

Man’s laws are external.  They do not change people.  Legislating respect will not work.  However, God’s Law is meant to be internal and an agent of change.  Let us go forward and reflect God’s Law of love.