Skip to content
Home » Blog » Holy Days or Holidays » Do We Take the Holy Days Seriously?

HWA once wrote “Local Assemblies Are NOT Social Clubs”, but do we heed? 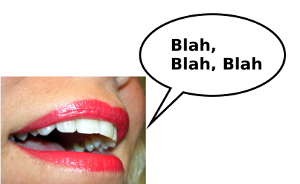 You have heard me say often that most of the worldly churches have degenerated into SOCIAL CLUBS.
Most of us probably would never believe that could happen to any of US! We just don’t think of ourselves in that language. Yet some of those oldest in our fellowship have actually fallen into that snare WITHOUT REALIZING IT!

An elder once said that the night of the first holy day of the year used to be referred to as the Night to be Much Remembered.  Many of us know it as Night to be Much Observed.  I spoke with some others, and their memories are that HWA used them interchangeably, but specifically in the older days is was “Remembered” rather than “Observed”. One person even pointed out it depends upon the Bible translation.

I can buy that, I suppose.  I should point out, however, that there is the view that “Observe” is the real translation and that should be the focus, and I tend to agree.  I recently read Concretized Christianity‘s article on “Thoughts on the Night of Vigil (A.K.A. the Night to be Much Observed)“, but this is the first chance I’ve had to address this topic in any manner.  I guess I’m not sure I’m ready to take it as far as that author did, but I’d much prefer that interpretation to what sometimes happens on the NTBMO.

… but if, as is in most cases within the churches of God, it’s a large group where decorations, food, and drink are the focus, then we are not commemorating this night as it should be commemorated.

In a nutshell, this encapsulates much of what bothers me about this night. Or, perhaps I should say the way it is sometimes observed.

Did Israel just come out of Egypt and have food and drink and party for no occasion at all?  Did they or did they not ruminate and tell their personal tale of fleeing Egypt?  Was it not uppermost in their minds how God delivered them out?

I will have to say that the majority of the time, the NTBMO has been exactly what it should be.  Sadly, I will have to say I’ve had two occasions where I truly wondered why I was there.  I find it even sadder when I am the junior member of the particular table or group and I find myself being the one trying to steer the conversation to what it should be about, and even having so much of the conversation being dominated by side stories and such that I don’t even get the opportunity to retell of the story of how God called me.

I’ve mentioned it before that Protestants often refer to their “personal testimony” of what they perceive as God’s working in their lives. Let’s not scoff at that, either, for we are not given any special vision as to when God is working with an individual or not.  Working with an individual may or may not being called at this time, BTW, but rather it might simply be the planting of seeds until later. That is why we need to be very careful in our dealings with unbelievers, for we were all unbelievers at one time, even if we were born into the Church!

The NTBMO is our opportunity, once a year, to give our testimony and be witnesses to God’s dealing in our lives.  Even if we have no other opportunity throughout the year, this is a time to remind us of where we came from and where we are going. It is a time to encourage others and ourselves through the story that God has written in our lives.