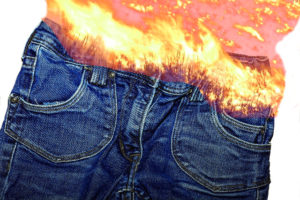 Bob Thiel wants to pick on anyone and everyone in order to justify his own beliefs and vaunted ego. However, the fact is that he is a liar, he does not care for the truth, or accuracy for that matter, and he constantly compares himself to others.

Take his “doctor” title. Doctor of what? If I came to you and said I was a doctor and gave medical advice, wouldn’t you assume by my actions I was a doctor of medicine? Likewise, if I went around putting “Dr” on my books, and the books were on religion, would you not assume my doctorate was in theology? And, if those things turned out not to be true, wouldn’t you believe I was a fraud? And, rightly so! [Update: Thiel now claims to have a ThD; see “Doctor” Thiel Responds]

Buried deep within his website is the admission that “I have studied graduate level Early Church History from Fuller Theological Seminary and other schools in and out of the USA, and after a lot of writing, was granted a foreign Th.D. in early Christianity. A doctor of philosophy (Ph.D.) degree was earned from the Union Institute and University (1993) where I studied various biological sciences and research methodologies.”

Not that it matters, which makes it even more curious that he would use such a means to elevate himself. However, his pride in his research is obviously flawed, seeing as he cannot even be bothered to get the name of this website correct. In spite of his being drawn attention to it more than once in the past, he has no interest in telling the truth and does not care if he gets the name right.

Which makes you wonder why anyone would follow such a person who claims to hold the truth dear when they obviously do not. Thiel twists COG current events and the Bible in a similarly deceiptful manner.

Again, I have called him out about this utter lie before, but he does not love the truth!

9 The coming of the lawless one is by the activity of Satan with all power and false signs and wonders, 10 and with all wicked deception for those who are perishing, because they refused to love the truth and so be saved.

Those who love not the truth will not be saved! They will be susceptible to Satan’s lies over and over and be deceived by the Beast power when it arises!

What is the truth? Thiel blatantly posts the title on the section of the article he is trying to criticise: “Dual fulfillments“. Seriously, a PhD doesn’t know that “dual” means “two”? Am I really supposed to believe that? How can two fulfilments possibly be “inconsistent” when that is the very definition of “dual”?

What is striking is how bold he is in his lies! He reminds me of the child with chocolate all over his face who denies to his mother that he was in the cookie jar. What are his followers, anyhow, if not stupid, then? If they are not, they should prove it and leave! Do not walk! Do not pass go! Run for the hills!