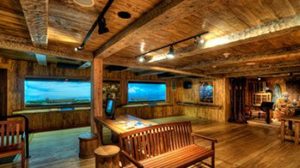 5 And God saw that the wickedness of man was great in the earth, and that every imagination of the thoughts of his heart was only evil continually.

6 And it repented the Lord that he had made man on the earth, and it grieved him at his heart.

7 And the Lord said, I will destroy man whom I have created from the face of the earth; both man, and beast, and the creeping thing, and the fowls of the air; for it repenteth me that I have made them.

8 But Noah found grace in the eyes of the Lord.

When was the last time you saw Julius Caesar?  How about his adopted son Augustus?  When did you see him last?  Obviously, you must see each of them every year, else how can we have months on the Gregorian calendar named after them?

When does a biblical year start?  You know, it is important for a stable society to be able to function with multi-year plans to be able to project dates five, ten or more years into the future.  Yet, we cannot do that if we are scouring the countryside every year just to see when the year begins.  We cannot make very good plans if we are not sure if the barley will be green or not, or if the new moon sits right in the area of doubt if it will be observed or not, etc.

It is confusion.  It is ungodly.

Nowhere in the Bible is there a command to look for “green ears” of anything!  Calling a month “green ears”, or “Abib”, simply means that green ears are expected to show during that month.  Nothing more, nothing less.  Naming a month after green ears does not mean that green ears have to be spotted as though it were a direct commandment any more than we would be expected to hold up the beginning of July until someone spots Julius Caesar.

Yet, that is the illogical argument that some would put forward.  It is not a biblical argument at all, either.  We actually have a record of a calculated calendar long before Moses led Israel out of Egypt.

There is a popular misconception that the Flood lasted only forty days and forty nights, but a more careful reading of Scripture will reveal that it lasted a bit over a year.  That begs a question: How did Noah keep track of time?  Scripture seems to indicate that Noah used a calendar of exactly 360 days for one year.

10 And it came to pass after seven days, that the waters of the flood were upon the earth.

11 In the six hundredth year of Noah’s life, in the second month, the seventeenth day of the month, the same day were all the fountains of the great deep broken up, and the windows of heaven were opened.

12 And the rain was upon the earth forty days and forty nights.

So, we see Noah entering the ark on the 10th day of month 2 according to the calendar in use at that time.  We do not know what type of calendar he used before he entered the ark, honestly, but we are simply told that he entered the ark, waited seven days and then on 2/17 the floods came.  Perhaps it would do well to ponder the point that explicit calendar directions are not given prior to this event nor even afterwards.  Even the commands to Moses were ones of pointing out that “this” is the first month, but no express directions on how to determine it afterwards.

There are many things in the Bible that are given in intricate detail.  There are other things that are not.  Perhaps we are expected to be humble enough to work with one another rather than against one another and exercise an ounce of discernment.

Notice how “the rain was upon the earth” for 40 days.  Many people gloss over the fountains of the deep opening up and the subsequent verses that show that although the rain stopped the ark was still adrift for a total of about one solar year.

24 And the waters prevailed upon the earth an hundred and fifty days.

3 And the waters returned from off the earth continually: and after the end of the hundred and fifty days the waters were abated.

4 And the ark rested in the seventh month, on the seventeenth day of the month, upon the mountains of Ararat.

So, the ark came to rest on 7/17, which is exactly five months after the rains started.  However, we were also told that the waters predominated and did not abate for 150 days.

This is impossible under today’s conditions because:

Therefore, under the current rules of either calculation or observation, you cannot have 5 successive months of 30 days.

This has led some to postulate that conditions were different before the Flood, and that the moon may have had a rotation of exactly 30 days previously.  We honestly do not know this, however.  It would explain why Noah used 30 days instead of alternating between 29 and 30 days, but we cannot say this for 100% certainty.

One thing we can with certainty conclude is that this is a calculated calendar.  Consider:

There are several implications here.  I really only want to discuss two of them: The reckoning of the holy days and the prophetic calendar in regards to the end times.

23 And the Lord spake unto Moses, saying,

24 Speak unto the children of Israel, saying, In the seventh month, in the first day of the month, shall ye have a sabbath, a memorial of blowing of trumpets, an holy convocation.

25 Ye shall do no servile work therein: but ye shall offer an offering made by fire unto the Lord.

26 And the Lord spake unto Moses, saying,

27 Also on the tenth day of this seventh month there shall be a day of atonement: it shall be an holy convocation unto you; and ye shall afflict your souls, and offer an offering made by fire unto the Lord.

34 Speak unto the children of Israel, saying, The fifteenth day of this seventh month shall be the feast of tabernacles for seven days unto the Lord.

If you believe as I do in that the holy days were ordained from the very beginning, then Noah would have calculated as close as possible in order to observe them on the proper day.

Since he entered the ark on the second month, Passover and the Days of Unleavened Bread would have already passed, and he would have been counting towards Pentecost.  All that is required for Pentecost is to count seven weeks, or seven “Sabbaths”, and add one day.  Since Noah would have been observing the weekly Sabbath anyhow, this would have not been a very big deal.

However, the Feast of Trumpets, Day of Atonement and the first day of the Feast of Tabernacles would have all occurred before the ark had rested.  Since it appears that Noah may not have peeked out at his environment even until then, Noah would have used a calculated calendar to observe the holy days during the year of the Flood.  Since we already saw that 150 days = 5 months, we know for a fact that a calculated calendar was in use regardless of the reason.

Yet, according to some, only a calendar based upon observation can ever be used.  That would have not only been impossible for Noah, but it will likely once again be impossible in the end times.

The Prophetic Calendar and the End Times

Noah’s calendar actually is the first inkling we have of a 360 day prophetic calendar.  In today’s time and age, there is no practical purpose to a calendar of 360 days, as it would quickly drift to the point where Passover would eventually be held in the dead of winter.  However, there may yet come a time when it will be appropriate to use such a calendar.

6 And the woman fled into the wilderness, where she hath a place prepared of God, that they should feed her there a thousand two hundred and threescore days.

14 And to the woman were given two wings of a great eagle, that she might fly into the wilderness, into her place, where she is nourished for a time, and times, and half a time, from the face of the serpent.

These familiar verses show once again a 360 day calendar.  What would occur for this to happen?  Several things might be the cause of this, and some of them are in the pages of our Bibles.

First and foremost, we should already be aware that there will be signs in the heavens (the sky), and those events will probably block any decent observation of the sun, moon and stars.

12 And I beheld when he had opened the sixth seal, and, lo, there was a great earthquake; and the sun became black as sackcloth of hair, and the moon became as blood;

13 And the stars of heaven fell unto the earth, even as a fig tree casteth her untimely figs, when she is shaken of a mighty wind.

14 And the heaven departed as a scroll when it is rolled together; and every mountain and island were moved out of their places.

When it says stars are falling, it could be speaking of meteorites (I have my doubts about that, though), but when the very sky appears like it is being rolled up like a scroll, then all bets are off.  Personally, I’m thinking mushroom clouds and violent reactions that vaporize islands and cloud up the sky, but it could be referring to something else entirely.

Point is, you’re not going to be able to see very much light at all in the sky for 3-1/2 years.  While Noah evidently was able to see the sky once again at the latest five months into his adventure, the people of God in the latter days may have to deal with only being able to view distorted images of the sun and moon for the entire Great Tribulation.

So, what does one do in those circumstances?  Much like prisoners without access to the outside world, you mark the number of days somewhere.  How do you know when a month ends?  You count to 30 and hope for the best.

Who Will Be Judged?

Noah kept a calculated calendar for at least a portion of his life.  That calculation is often used as the standard for the 360 day prophetic calendar.  Will God judge him as derelict because he was an “apostate” who kept the holy days on the “wrong days”?

It should be obvious as well that the 3-1/2 year Great Tribulation period where the woman goes to “her place” (physical or not, it does not matter for this discussion) is a calculated time period of 42 months of 30 days (Rev 11:2; 13:5).

So, if the woman goes to the Place of Safety only because she uses an observed calendar, why would she now turn to a calculated calendar of 42 months made up of 30 days?

God is not the author of confusion (1Co 14:33).  It is time to come out of the bitterness and rebellion that has accumulated since the death of Herbert W Armstrong.  It is time to get back to the trunk of the tree and admit what the calendar is really used for and use it for its intended purpose.

6 Nobody should deceive you with stupid ideas. God’s anger comes down on those who are disobedient because of this kind of thing.

God gave Israel a choice: Blessing or cursing, life or death.  We are offered the choice of obedience or disobedience which leads to wrath.

The choice is yours.