Americans are caught between the ideologies of the extremes. 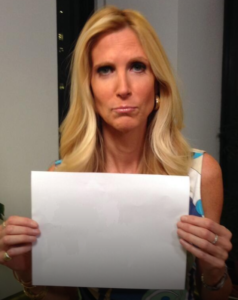 What’s on your mind, Ann?

I have written before about how American neo-liberalism is a progressive mental disease (and, yes, I did use that pun on purpose). I am not ashamed of that, and I stand by it. However, they can at least be pitied for being mentally disabled, whereas the right-wing portion of our politicians have no such excuse.

For example, just how conservative is Donald Trump? He has in the past expressed some very liberal ideals, and even recently he would not criticize Planned Parenthood after revelations of their cold and calculating methods of determining the prices for selling body parts off of aborted fetuses.

If nothing else is being exposed in this particular election season, it is the hypocrisy of so-called neo-conservatives. It used to be that “conservative” actually meant something, even if it was misguided. However, now it has come to mean “financially conservative” and moral and social issues have taken a back seat.

None expresses this more than the comment from the former queen of conservatism. The hypocrisy of Ann Coulter shows why neo-conservatism is no better than neo-liberalism. It really does boil down to dollars and cents with these people.

Conservatism used to mean a belief in the God of the Bible, even though it was with a very imperfect understanding. As imperfect as the belief system was, at least it was pointing somewhere in the correct hemisphere. Now, the conservative god of this country is money.  Greed is the guiding principle of their (a)moral compass.

Ann Coulter claims to be a Christian.

I’m a Christian first, and a mean-spirited, bigoted conservative second, and don’t you ever forget it.

Maybe Ann Coulter should get out her Bible and familiarize herself with it! Has she not read why God threw out the Canaanites from the land of Canaan? There are several reasons given, but God specifically mentioned one particular sin above the others:

31 Thou shalt not do so unto the Lord thy God: for every abomination to the Lord, which he hateth, have they done unto their gods; for even their sons and their daughters they have burnt in the fire to their gods.

The short of it is: Ann Coulter is neither a Christian nor a conservative. Simply put, she belongs with Donald Trump because they are both hypocrites. The problem will be fitting both of their egos in the same room.

The Bible gives such detail about the history of ancient Israel for a reason. Any real Christian would read it and understand that moral character far outweighs leadership ability.

King Jehoshaphat might be a prime example of this. Apparently, he was none too bright at making alliances, and he was even foolish enough to let King Ahab talk him into wearing his robes to battle while Ahab himself did not. Now, who would people shoot at, aim for and try to take down?

Yet, his life was spared, whereas Ahab’s was not. Still, a prophet rebuked King Jehoshaphat for his foolishness, but overall he was blessed in spite of his foolishness.

2 When the righteous are in authority, the people rejoice: but when the wicked beareth rule, the people mourn.

Does Coulter really believe God will wink at the deaths of millions of babies while we create jobs in this country?

Could Coulter, or anyone else for that matter, please point out a passage of similar emphasis for not creating jobs?

I do not like Coulter, I never have, and I certainly think she is disgusting now. Anyone who is heartless enough to put money above the lives of the defenseless and voiceless is no better than Planned Parenthood itself.

Yet, I look upon the virtual landscape, and I see leaders in some of these COG groups (not all are traditional organizations, after all) that are similarly hypocritical. It is as though putting on titles and misappropriating biblical names for oneself justifies the hypocrisy. They spread slander and gossip, rail against using commentaries while saying scholars say this or that (often conveniently without giving links or references), take things out of context or even misquote purposefully other men and the Bible as well.

Why aren’t we any better than the world as a whole? What do we gain by following and giving money to hypocrites?

If nations groan under unrighteous leadership, will the Church fare any better? After all, aren’t we supposed to be the future nation of spiritual Israel? 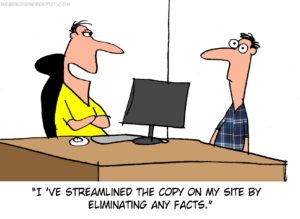